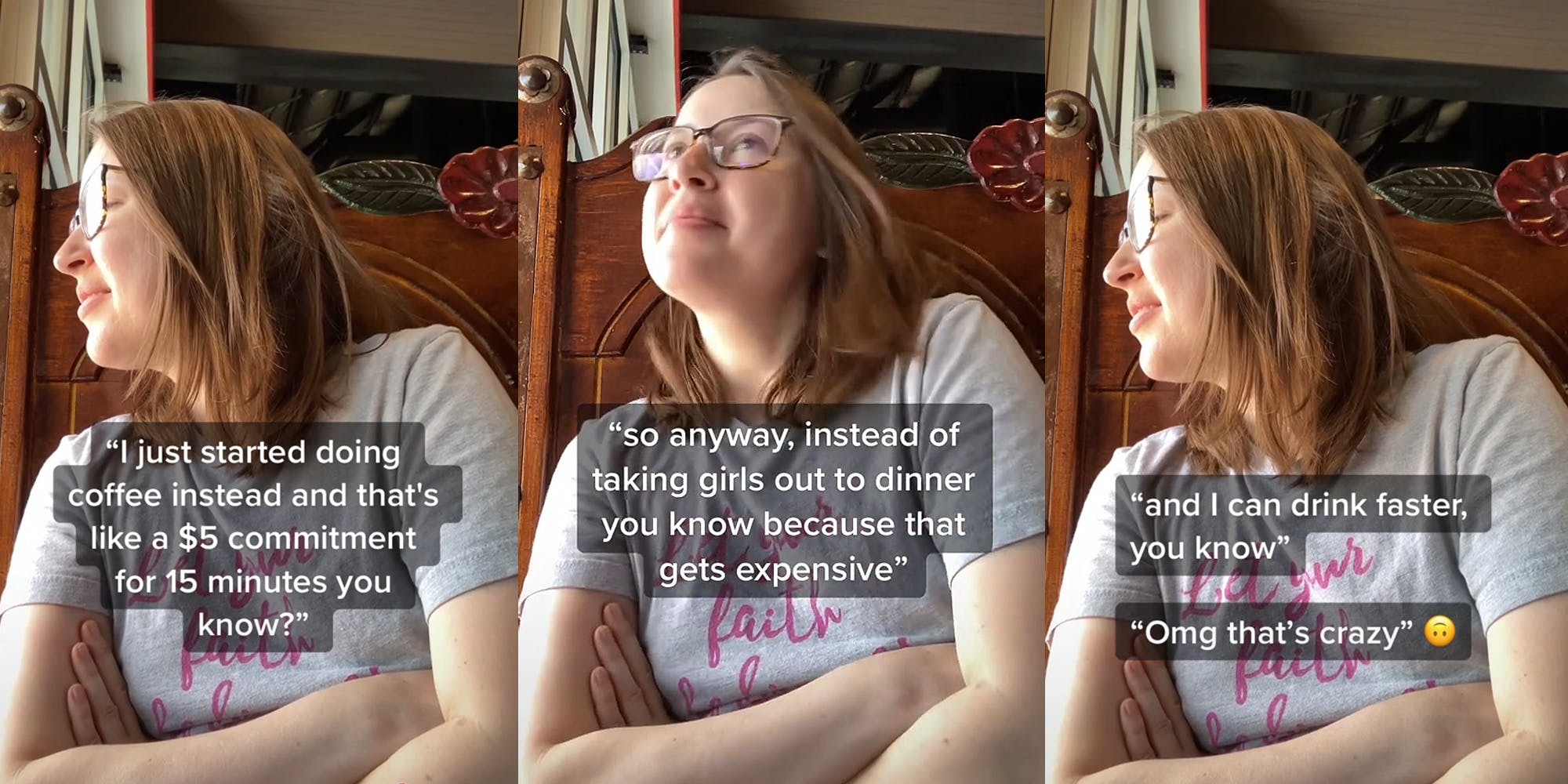 In a viral TikTok video, a woman records a conversation she overheard between two men about their dating tips. A man notes that he does not invite women to dinner but has coffee with them instead.

The video features TikToker Erin (@erinstagram) as she films herself listening to the conversation. The caption reads: “Listening to the guys next to me discuss dating strategies for 30 minutes straight.”

One of the men says he prefers taking women on coffee dates rather than dinners because it’s less of a commitment.

“So instead of asking a girl out for dinner, you know it’s expensive,” he says in the video. “I just started making coffee, and it’s like a $5 for 15 minute commitment, you know? And I can drink faster, you know?

The other man then agrees.

Erin’s video has been viewed more than 1.7 million times on Sunday. A conversation broke out in the comments section, and viewers agreed that a coffee date is a great way to meet someone for the first time, especially if you don’t know them well or don’t meet them. not yet confident.

“When I was dating I would use coffee outs to see if I actually wanted to date. Easy short engagement,” one person wrote.

“I mean I don’t see anything wrong with having a quick coffee for the first time together, if there’s no connection it’s a 0 loss,” another agreed.

However, many viewers asked Erin to share the rest of the video. Erin adds in a follow up that she agrees having coffee is a safe first date, however, she shares the reason why she started recording. The TikToker says the man listed several minimum requirements that must be met during said coffee date.

She then includes a clip of the man explaining why a potential partner should have a good credit score.

“Well, the reason I say credit is because God knows my credit isn’t good,” the man explains. “If I have to do anything, it’s like she has to have… decent credit.”

@erinstagram Responding to @scorpstinghbh is that the same voice of guys from part 1 only taking girls on coffee dates to save money? Or different guy? #datingadvice #messytiktok #eavesdropping ♬ original sound – Erin @ Hits Don’t Lie

He then claims that the only way he was able to buy a house was because of his wife’s credit rating. “Uh, well, my wife did,” he says, noting that his wife bought the house, not him.

However, this led to confusion regarding the man’s relationship status in the comments.

“Wait. his wife bought a house? but he still goes on coffee dates with other women? one person asked.

“Wait the guy who says his wife gave him the house is the same guy who says he only takes girls on coffee dates? Like he’s married but still dating? a second questioned.

Others accused the man of wanting the woman to take care of him.

“So he wants women to take care of him…he wants a mommy,” one person commented.

“So he wants a mommy?” a second accepted.

“He doesn’t want to be a provider that he wants to be taken care of, basically it doesn’t matter if he has nothing to offer because the wife will,” said a third.

Melody Heald is a cultural writer. Her work can be found in Glitter Magazine, BUST Magazine, and more.

How is the market? Improve Your Credit Score For Better Rates – The Ukiah Daily Journal 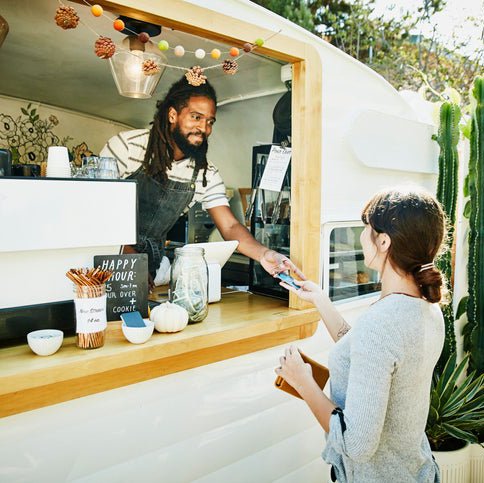